Lapis Lazuli Bead Bracelet (5mm). Lapis promotes social competence and dignity in friendship. When dealing with others, promotes the virtues of honesty, compassion, and uprightness. It allows one to become more conscious of one’s motivations and views, as well as get a better understanding of one’s entire life. It highlights not just one’s limitations, but also the potential for progress and the use of one’s talents and gifts. All are different, the photos show a typical one. You will receive the typical item shown.

Lapis Lazuli was prized in ancient times for its magnificent hue and the costly ultramarine dye that it produced. Its name is derived from the Latin lapis, which means “stone,” and the Persian lazhuward, which means “blue.” It is a rich medium to royal blue rock with gold specks that are made by various minerals, notably Lazurite, Sodalite, Calcite, and Pyrite (pyrites).

Lapis Lazuli was one of the most valuable tributes sent to Egypt, and it was mined at some of the world’s oldest mines, which date back to around 4000 B.C. and are still in use today. Lapis Lazuli, known in the Old Testament as sapphire (unknown in that region of the ancient world), is most likely the fifth stone in the High Priest’s initial breastplate, as well as later versions.

Since the dawn of time, lapis lazuli has been one of the most sought-after stones. Its deep, cosmic blue has long been associated with monarchy, honor, gods, and power, as well as spirit and vision. It is regarded as a universal symbol of knowledge and truth.

In every way, lapis lazuli is a crystal of truth. It fosters self-awareness and acceptance of that knowledge by revealing inner truth. It enables for the release of things that have been suppressed and allows them to emerge, aiding in the reduction of dis-ease or repressed rage, and allowing for self-expression without repression or compromise. 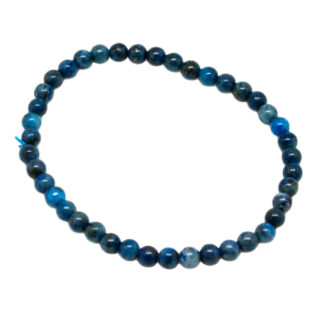